The airplane spotters were able to spot the first Airbus A330 Beluga XL on the tarmac of Toulouse Blagnac Airport on January 4, 2018. The new Airbus transport ‘airlifter’ is based on the Airbus A330-200F, has a cargo bay of around 8.7 m diameter with a capacity of carrying two A350 wings.

Beluga XL’s lower fuselage will be the same as the Freighter version of Airbus’ A330-200 jetliner and is built on the A330 final assembly line adjacent to Toulouse-Blagnac Airport in southwestern France. Now the aircraft will be moved to Building L34 at Airbus’ Lagardère industrial zone adjacent to Toulouse-Blagnac Airport, where the build-up process into the outsized airlifter will take approximately 12 months per aircraft.

The structure includes the significantly enlarged upper fuselage, the modified forward fuselage section with a lowered nose and cockpit, a large forward cargo door allowing “roll-on-roll-off” loading directly onto the main deck, and a pair of auxiliary vertical tailplane end-fins.

The first of the five Beluga XLs with serial number MSN1824 is scheduled to fly in Q3 2018, ahead of a 10-month flight test certification campaign and will enter service with Airbus Transport International (ATI) in 2019.

The #Airbus #BelugaXL takes the sun this afternoon !! ?? #avgeeks #avgeek . Will be for sure an impressive bird ! pic.twitter.com/1E9T5smgDV 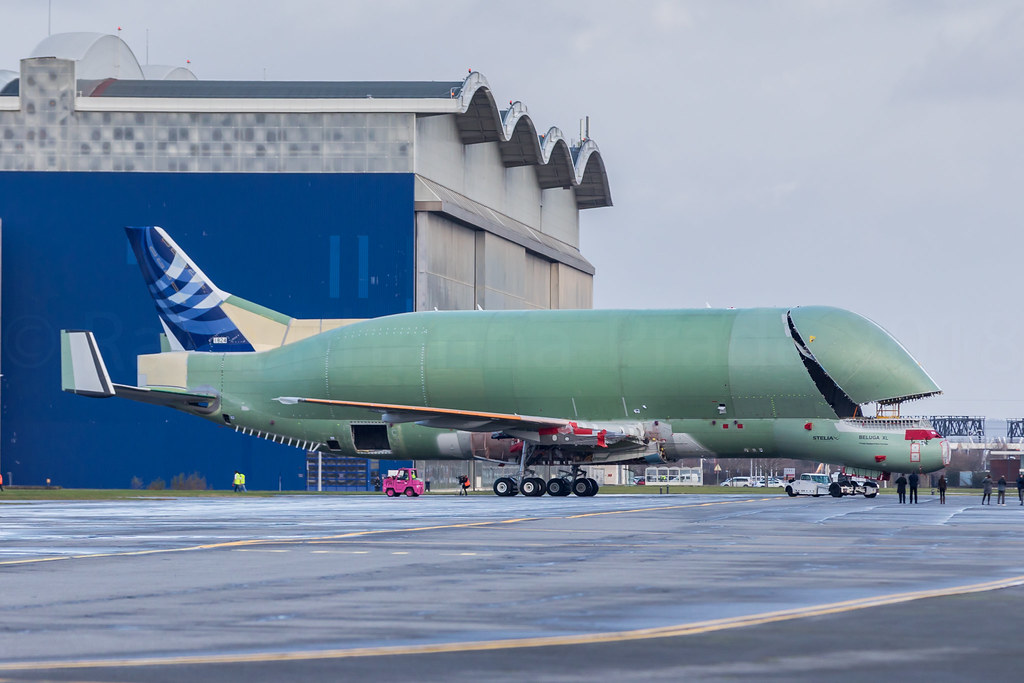